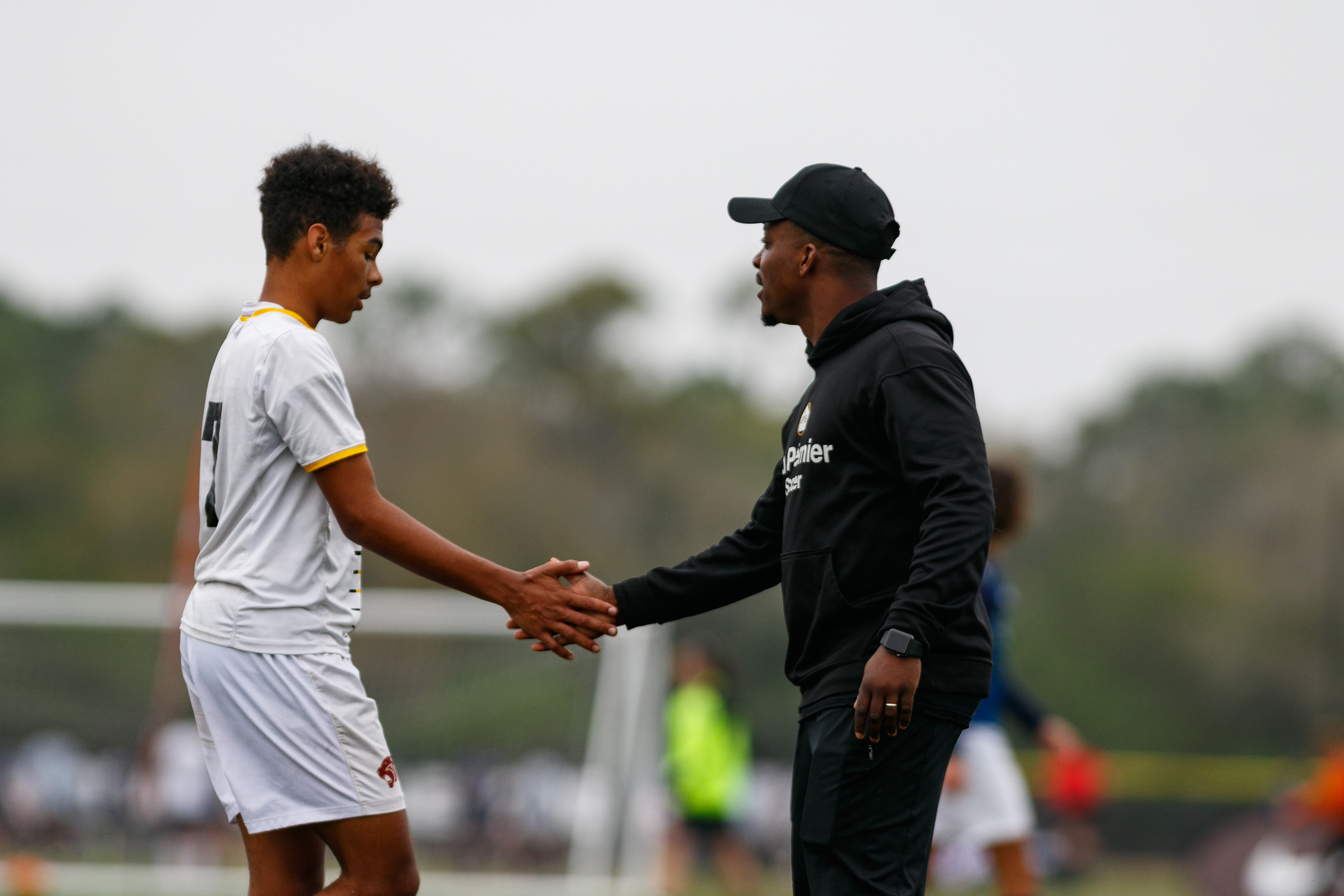 At Go Premier Soccer, we strive to improve the technique and ball control of each of our players during every session. We work hard to provide a high level soccer experience with technical and tactical exercises. Our programs provide a nurturing home for advance and beginner soccer players to sharpen their skills and passion for the game. Go Premier Soccer emphasizes respect and humbleness as the foundation for character development as a soccer player on and off the field. The power of commitment, sportsmanship, focus, team-work, and dedication will lead to success.

Our training is composed of technical and tactical development ideas of the Dutch, Brazilian, and Spaniard soccer. The Dutch and Brazilians have produced some of the world’s greatest soccer players with the finest technique in history. Technical (foot skills/ ball control) and tactical (decision making) skills are the foundation for a strong soccer career. To be the best, train like the best.

Coach Kevin grew up in Montgomery Village and attended Watkins Mill High School. As a four-year varsity player for Watkins Mill, Coach Kevin was selected as an all County player for 3 years, All-Met First team (Washington Post), and Montgomery County Player of the year honors. After High School Coach Kevin played NCAA Division I College Soccer for UMBC, wining All-conference selection in 2007. After College, Coach Kevin became a professional player for Crystal Palace. After retiring from pro soccer, Coach Kevin has found a true passion for coaching and developing other athletes. He has coached youth players ranging from 6 to 18 years of age.

Gnatiko is the Founder of Go Premier Soccer Cub and the Head Boys Varsity Soccer Coach at Quince Orchard High School. In his first 4 years of coaching High school (2014-Current, Coach Kevin has led the Cougars to the number 1 seed in the Section II 4A West Region in his first 3 seasons and winning the 4A West Division Championship in 2016. Prior to Go Premier and QOHS, Coach Gnatiko has coached boys and girls teams in the OBSL, NCSL, and WAGS soccer leagues from 2009 to present.

Coach Nelson's currently the Boys Junior Varsity soccer head coach at Quince Orchard High School. He Played at Walter Johnson HS in Bethesda MD all 4 years of high school and was part of the team that won the State Championship in 2007. Nelson also has playing experience in Okinawa, Japan for the Naval base Team then got called up to play for the All-Marine Teams during his stay there. He also made the All-Armed Forces Team for the Pacific Region during the time he was stationed in Okinawa. He had semi-professional experience playing for F.C. Ryuku, a team in Japan’s third tier league (J3 League).

Coach Nick is currently the boys Junior Varsity head coach at Rockville High School and also the head coach at Shady Grove Middle School. He played varsity soccer for Magruder High School from 2000 - 2004 serving as captain for all four years. During his time at Magruder coach, Nick won the State Champions in ‘02 and Regional Champions in ‘04. After High school, he attended Montgomery College from 2004 to 2007. During his time at Montgomery College, he was the captain and made appearances to play for State (‘05), District (‘06), and Regional Championship (‘07) games. 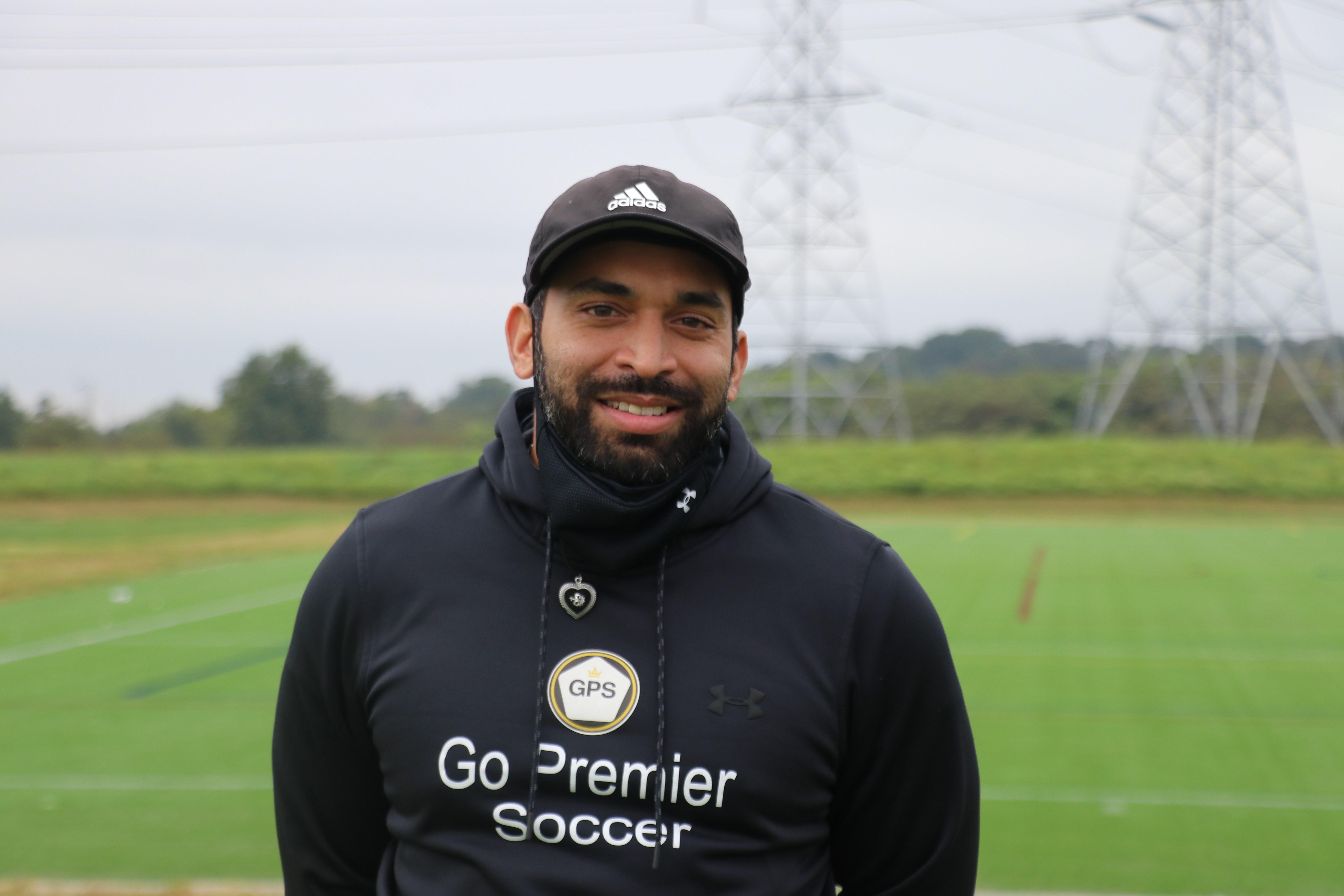 Coach Brian is a FA (England), RFEF Nivel 1(Uefa B Equivalency Spain), and USSF Licensed coach. Also, the head Boys’ Varsity coach at Richard Montgomery High School. Coach Brian has been influential in developing players of all levels to become better soccer players and better people. It is this expertise and passion for the game that has driven Brian Urioste throughout his career. Coach Brian was also a professional soccer player in Club Bolivar (La Paz, Bolivia) and represented Bolivia National team at the youth levels (U17, U20).